Hula Hooping In The Cold

Hello once again everyone! Last night I went out on a very fun photo excursion with my aunt for the first time in downtown Columbus. It was very cold, about 43 degrees, and the wind was whipping hard. There weren’t as many people out as usual but, there were a group of drummers and singers out performing on the stage that sits right in the middle of downtown. They were singing Christmas songs, and imporvisiong instrumentals. Among the few people out enjoying the music as well as the atmosphere were 2 very cool hula hoopers. Pictured here is the second hula hooper. I found her to be interesting because, she was able to continuously hula hoop for about 20-25 minutes despite the freezing temperatures that continued to drop as the sun disappeared. I’ll try to post pics of the first hooper later as she was the one who performed the most tricks and proved her endurance by hooping to the music for hours, even well into the night. 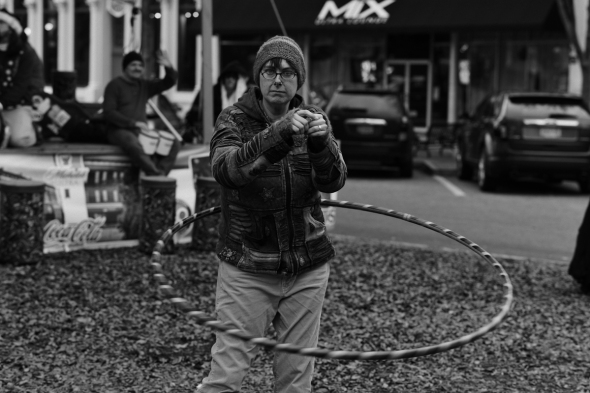 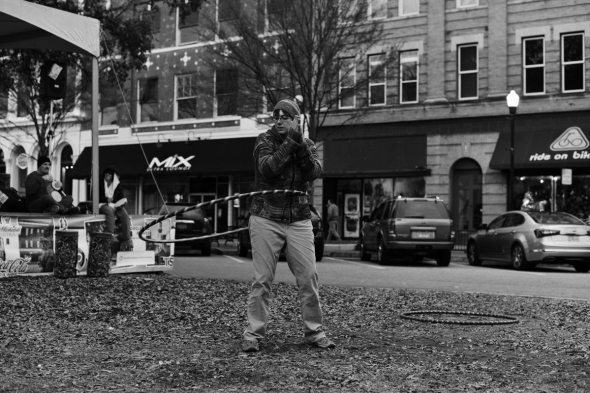 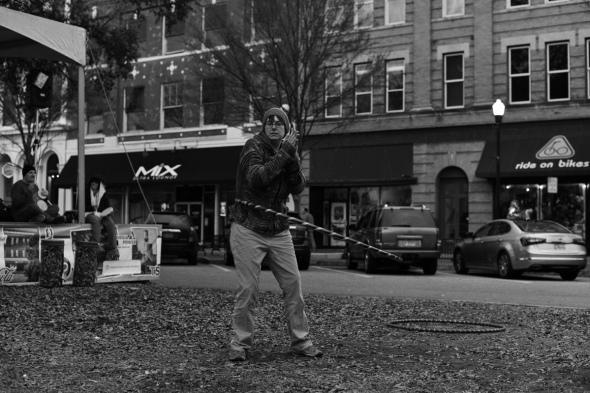 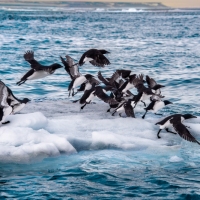